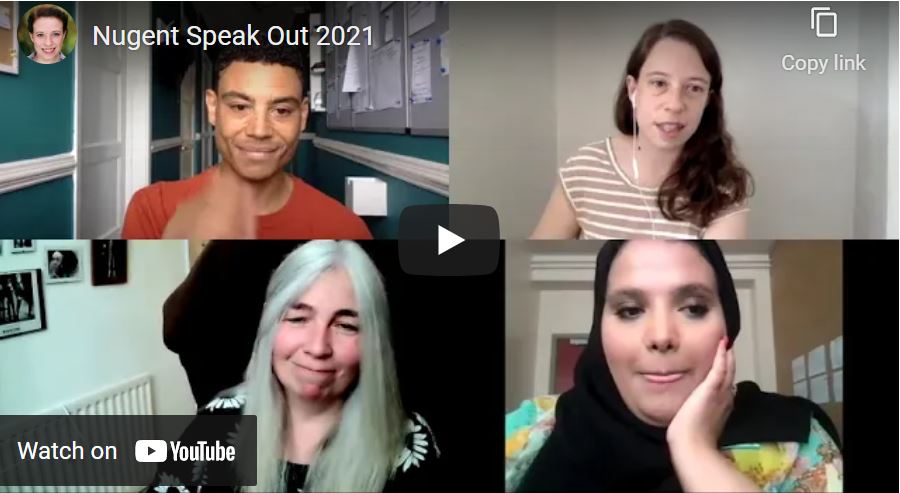 Young people at Marydale and Nugent House School participated in this creative project Heritage Lottery funded English Heritage project exploring Peace, Protest and Courage as part of Speak Out Summer 2021 building on our work last year ‘Rise from the Rubble’.

Peace and Protest; the project coincides with the iACCORD focus value being Courage – We stand up for what we know is right. The theme of peace and protest and the cohorts themselves support Nugent’s broader commitment to EDI and our ongoing journey towards being fully culturally competent. There was deliberately no pre-determined route through the project, beyond the brief of Peace and Protest, to allow creative exploration.

Thank you to the professional actors;

David Judge is an English actor who is best known for his role in Hollyoaks as Danny Valentine. He also played Jordan Ryder in the ITV police drama The Bill. He played Sam in Casualty, a character with autism.

Ms Amina Atiq, who describes herself as a Yemeni-Scouser, is a writer, a performance artist, facilitator and activist. She was awarded the Liverpool John Moore’s University Citizenship award for her active and community engagement work and awarded the best North West volunteer by Human Appeal. Awarded as a Young Associate for Curious Minds and BBC Words First Finalist 2019.

We’re delighted to include two poems written by young people from both Marydale Lodge and Nugent House School and performed by professional actors. Below are the videos for the poems along with a full 50-minute conversation about the project.​​​​​​​[Videos provided by Nugent collaborator Cat Foley].

Keeper of the Estate