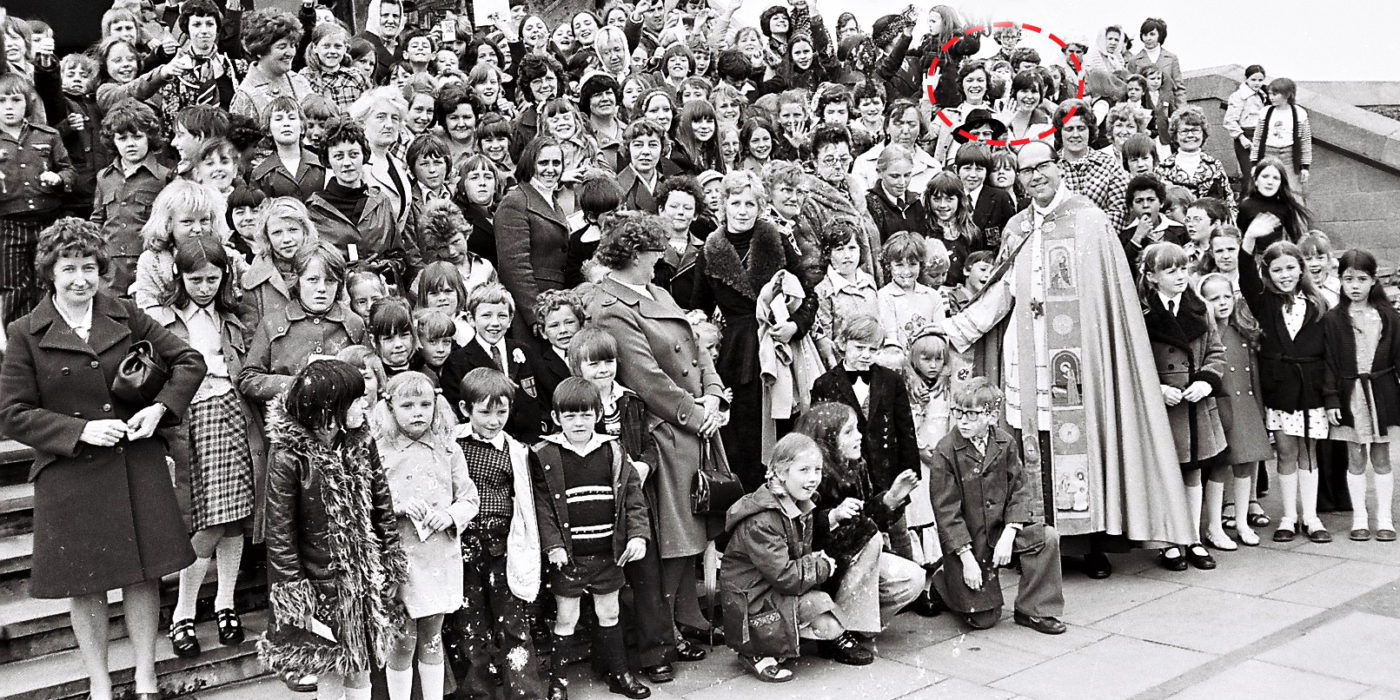 We asked for your memories about the Good Shepherd appeal, we have had some lovely stories coming in….

“I have been Headteacher for 10 years and worked at the school for 29 years. I remember the Good Shepherd Appeal from my school days. I attended Our Lady’s Catholic Primary School in Prescot (who still support the appeal) in the 1970’s and remember Mrs Basnet, one of the dinner ladies, making knitted animal finger puppets that she would sell for 10p each. I think that Mrs Basnett must have knitted them all year long and pupils would look the following year for the newest animal or design. Classes were much smaller then with only 10 in a class.”

St Michael & All Angels’ Catholic Primary School have supported us for at least 29 years since Miss Bowman taught there. When she started at the school, each year group would have a dedicated Good Shepherd Appeal fundraising week, and this is something that they still do today. Last year they raised £1200 and set themselves a £1000 target each year and to date from their Year 6 fundraising last week they have raised over £350.00.

“I remember many years ago collecting for the Good Shepherd Appeal at Seafield Prep school. My grandmother, who had very little, but always thought of others before herself, gave me money each week during Lent for the appeal. Any child who donated 2/6 – half a crown old money, received a holy picture.  I think I managed three holy pictures one lent. It was quite a competition.

When I was about 10 I was invited with another girl to take the money we had collected at school to the Archbishop. It was Archbishop Heanan at the time. The fear of God put into us, making sure we address his as “your Grace” and if offered sweets (apparently each child got a packet of sweets) to say no thank you your Grace. It was deemed polite!

However, when it got to me I said: “Thank you your Grace” – a bar of dairy milk. What 10 year old would say no?
Another nail in my coffin from the nuns!”

“I remember it well. Every year having the Good Shepherd collection in school. In junior school, each week, the teacher must have totted up the donations and some got holy pictures. I don’t think it was done on the amount though because by the end of the collection, every one got a picture and we had some classmates who would not have been able to give very much at all. ‘

Every so often a real surprise was to be awarded a Book of Saints instead of a holy picture. I remember earning money by polishing shoes and getting up early to make up the coal fire and light it for the day. My lovely nan used to leave money for us each day under the brass candle sticks so in the spirit of giving sweets up for Lent, I would have 1d or 3d to give – after pay day it could be a whole 6d under the candle stick. “

Other comments and memories:

“Lentern good shepherd fund…. As I remember we had a little board with poor children on it… Someone was picked every day to move them up the board till reaching Easter!!! Very happy memories of childhood days!!! ? “

Memories from Staff at Christ the King Catholic Primary School:

Mr Delaney attended St Mary’s in Woolton during the 1980’s where they would hold Easter bonnet parades each Lent for the Good Shepherd Appeal in the Infant School and run sweet stalls in the Junior School. Mr Delaney remembers the sweet stalls being very popular, and the pupils would take the lead on organising this, making up the sweet bags and he said they were quite entrepreneurial working out how many laces they could cut and make from bigger laces! Mr Delaney has always been passionate about supporting the Good Shepherd Appeal as both a child and now as a teacher as Nugent is so local and part of our local community and it is a tangible charity and cause. The appeal also has a strong legacy locally as it is about children helping others and the charity is very visible and local. Mr Delaney then went onto SFX in Woolton (High School) but doesn’t remember doing the Good Shepherd there.

Liam Remembers doing sponsored walks at school at St Anthony of Padua Catholic Primary School (L18) during the 1990’s. Remembers the school holding own clothes days when he would wear his favourite blue football kit! Mr Riley and Mr McQueen (teachers at the school) would tell them about the Good Shepherd Appeal during their assemblies during Lent and Fr Brendan (Parish Priest) would talk about the Good Shepherd Mass.

Carol went to Sacred Heart Catholic Primary School in Leigh during the 1970’s and remembers being given a small collection box to take home during Lent which they would be asked to fill with small change. They used to have a totaliser in their classroom in the shape of a thermometer to keep track of how much they had raised. Carol had no recollection of the Good Shepherd Mass.

Lorna attended Our Lady of Good Help Catholic Primary School in Wavertree, where they would hold an annual Good Shepherd Appeal Concert/Talent Show. One year, Lorna did a singing and dancing performance to Avril Lavigne, ‘It’s Complicated.’ Lorna remembers parents being invited along to watch and there being raffles and crafts on the night to raise more funds for the appeal. Another year, Lorna wrote and read a poem. Lorna is in her 20’s now and is the main contact for us at the school.

Paula attended Our Lady of the Assumption Catholic Primary School in Belle Vale during the 1980’s. Paula remembered her mum spending 20p a day on chocolate for her after school (when she would pick her up from school at the end of the school day, she would bring her a chocolate treat). During Lent her mum would say that she would have no chocolate treats and save all the 20p’s and donate these instead to the Good Shepherd Appeal. In class, they would build a pyramid to show how much they had raised and run a competition to see which class raised the most money.

Did you support the Good Shepherd appeal when you were at school? We’d love to hear your stories.