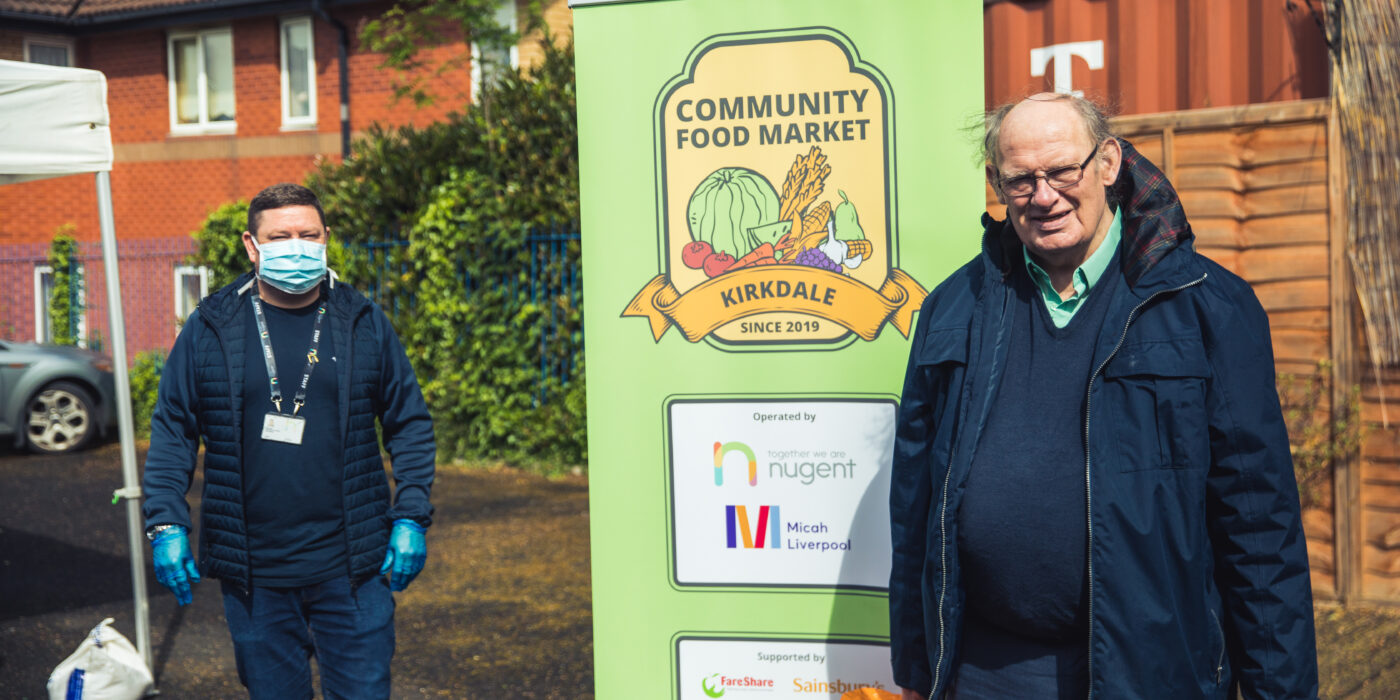 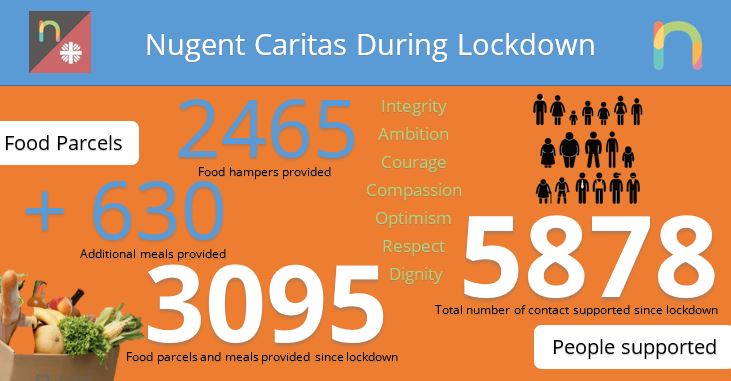 Since lockdown began in March, members of the Caritas team have been supported by a very committed group of volunteers who are running a weekly food market and hamper delivery service. From March to the end of October, 5813 contacts have been supported with food.

The food market has been running for over a year and supports people of all ages and backgrounds, including working families, young mothers and older people from sheltered accommodation and provides supermarket quality food at really reduced prices, with a shopping basket of food available for £5, compared to almost £30 at leading supermarkets.

When the Coronavirus crisis hit we saw an unprecedented number of people needing support to feed themselves and their families. We had more new people coming to the market and telling us they were struggling to afford the basics as they were either having problems with benefits or finding themselves out of work. 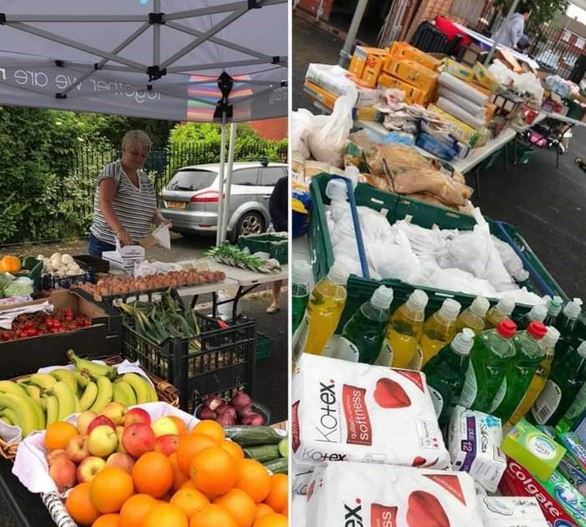 We also found that many of our regulars were not coming, and where either self-isolating or shielding as per the guidelines issued. This was a major concern, as many weren’t able to get to the shops or have someone to shop for them.

With more people shopping at the market we had to review how we operated, and following a risk assessment we were able to move the market outside of the building to ensure social distancing and we issued PPE to protect our staff and customers.

The team responded quickly to the needs of those not able to come to us, and put in place a delivery service using volunteer drivers, and redeployed Nugent staff from other services to provide a free weekly food hamper delivery scheme.

As the crisis developed, we found the donated stock running low as supermarkets were struggling to refill shelves, this meant having to buy in the food supplies we needed. With budgets low, Nugent’s fundraising team stepped in to coordinate applications to grants set up to support Coronavirus related initiatives.

This grant support helped us restock the market and to ensure the delivery service could expand to supply the demand.

This success of the project was due to the quick response from the Caritas team and the collaboration with other departments meaning we could respond quickly and maintain that support for as many people as possible.

Feedback from those we have been able to help

The extension of the food market and the implementation of the delivery service has had a big impact on our ability to support people who are struggling with food poverty during the crisis and has generated some incredible feedback from those we have been able to help.

Ursula from Kirkdale said “What you are doing is making a big difference to the lives of so many of us. Because of you all, I personally, have not had to go hungry during the lonely days of the lockdown. Many pensioners, like me, are fearful of going out to shop, but because you have created a safe -environment, easily-accessible access points in our community, we have been able to eat both regularly and healthily, including on occasion, foods that I would consider a rare treat as I could not normally afford to buy them with my limited income.”

Mrs M from Kirkby said “I can’t afford to shop in the supermarkets, so I come here every week, it’s such good value, I can even buy little treats that I don’t normally have.”

Jenny said, ‘While I have been waiting in the queue, I’ve seen parents with young children, close to tears because they could now give their children food. I’ve seen other pensioners, who, like me are thankful that they have supplies to make meals during the lonely weeks ahead, I’ve seen ‘carers’ shopping for those in their care who are too ill or too weak to venture outside of their homes’’

Joseph who has been out of work (chef) due to pandemic has been coming to the market every week to support his family of 4, “you have kept us fed”. He comes and enjoys chatting to people at that the market, which has meant he got out of the house, “it’s also helped with my mental health with not being in work”.

Rose tells us that “The market has made a difference to me and my family especially my daughter because she has been very anxious about going out due to Covid. The market has helped as it’s local to me. I usually keep to myself but since coming to the market I now feel part of the community as I am speaking to others. I really look forward to coming every Tuesday to the market. I used to attend Epsy to play bingo and I miss that but I still have a chance to see people on Tuesday with the market. It’s nice to meet people every week and get to know everyone. – Thank you for all your help and support”

The impact on our staff and volunteers has not gone unnoticed, whilst it has been hard work, the team have been rewarded by the visible impact they have and staff who have redeployed to support Ethe project have said:

“I feel I have had my eyes’ opened, to see how difficult it is for people to survive during the crisis is terrible, but being able to be part of making the difference is a privilege,”

It’s not just food that the market has helped with, the weekly event has helped many people cope with the loneliness, isolation and fear that has been brought on by the pandemic. People have told us that they had not seen or spoken to anyone for a week. We have been told that people don’t feel judged when attending and feel respected. This echoes the values and beliefs of Nugent.

Volunteers, many recruited from the local community have been crucial to the delivery of this project and we thank each one of them for their commitment and dedication.

The free community food market was opened during lockdown to support those affected by the pandemic and those who live with food insecurity. Our very sincere thanks goes to our supporters and grant organisations who have made significant donations to enable this to happen. Without this support the people we serve would have spiralled further into debt and poverty.

This pandemic has given us the opportunity to look at things differently, its apparent that we can’t rely on grants to plug the gap of fresh, healthy food. We need to address the social justice issue behind this and work in partnership with others on a renewed approach to food insecurity. At the very heart of all that we do are people, human beings with dignity, with hopes and dreams.  Nugent are planning on launching a new ‘Pantry’ model in early 2021 from our base at Epsom Street.